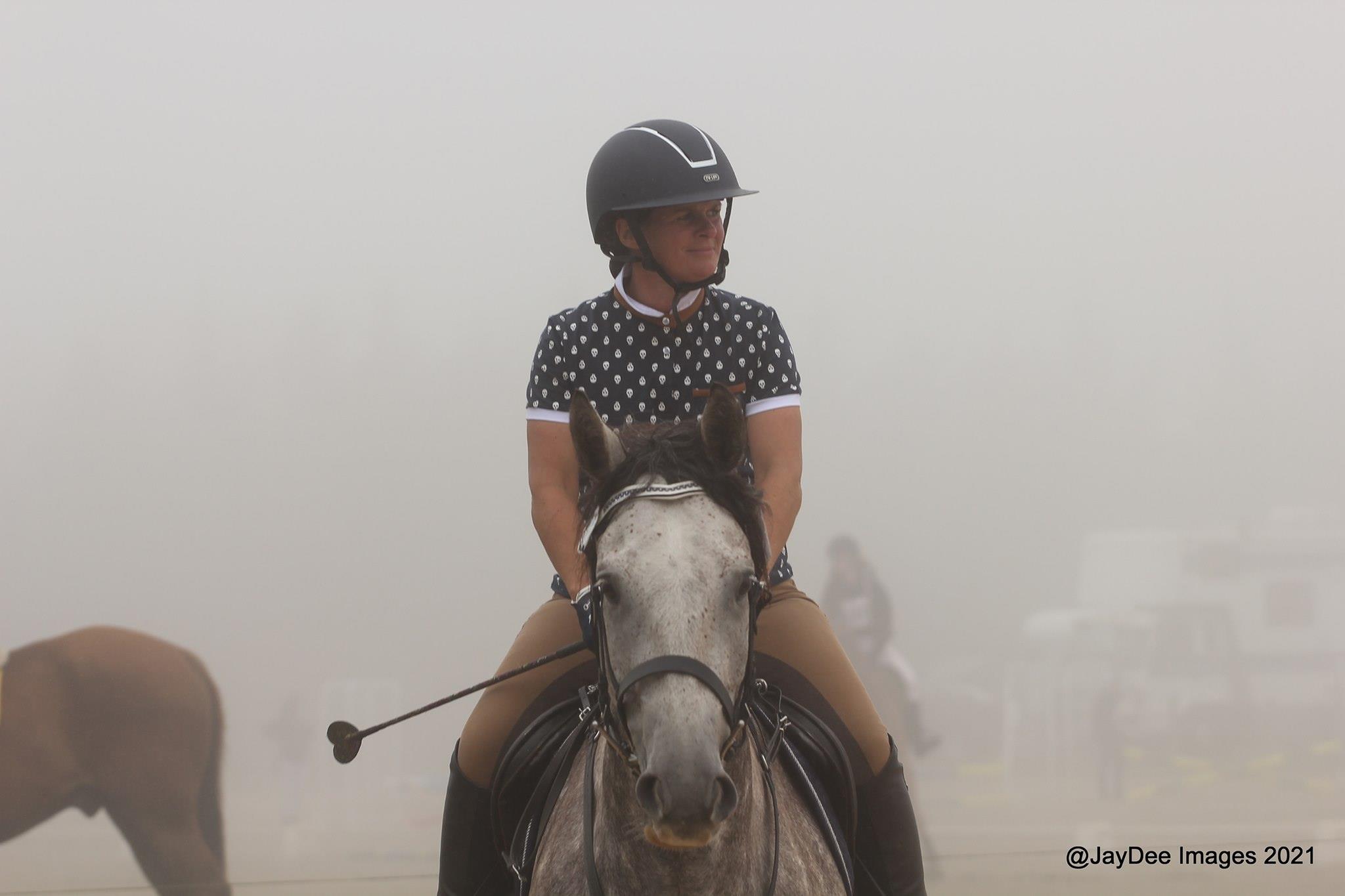 In 2017, after taking 20 years off (and putting 20 kilos on) I got back into horses. The problem was…I felt like a fat fish out of water in traditional riding gear.

Since losing that weight again, it’s worth mentioning that I STILL feel like a fat fish out of water in the standard riding gear.

My point is… it’s a style thing, not a size thing.

And speaking of style, they were all seriously dull or too fussy and feminine 🤦‍♀️.. I felt like I would die on the inside if any of my non-horsey friends saw me getting around in my weird, clingy ‘priest neck’ riding tops.

It made me realise there was this ENORMOUS divide between practical, flattering clothing for everyday riders and what was actually available… So with industry experience equalling zero, and on behalf of all the equestrian fishes out of water… I thought

I knew that if I could get the cut & feel of garments right – then the colours, prints and fun stuff would be easy. The first step was to add extra length to the tops, because I was sick of gifting my muffin top to the world 🤣

Another design component was the versatility of a collar that could be popped for comps and fold for casual.

And cotton. Bloody cotton… Not the plasticky ‘tech’ material that was all the rage at the time. I’m pretty good at washing my pits and most days I even remember to put deodorant on…but those synthetic tops got really stinky and clung in all the wrong places 😳

So after a verrrrryyyyy long process, Sweet Iron Co was launched in September 2017 with two really nice tops and some not very nice caps 🤣

Those two tops, The Navy Skulls PopTop & the White Skulls PopTop are still around today and among the most popular items in store.

The caps were woeful and were quickly retired 🤣

What’s with the prints?

“But WHY would you put skulls on an equestrian shirt?”…It comes up weirdly often. Sometimes people even helpfully point out that it will damage the brand.

If you don’t like it, well… We’re not the brand for you – and that’s ok 🤷‍♀️ I have no interest in trying to please everyone, nor do I want Sweet Iron to become some humongus fancy-pants brand.

We’ll just be over here, being a bit different… Come and hang out if you want. BYO beverage and badly behaved horse🐴 🍾

Expanding into jewellery?… Well that was unexpected 😳

Like pretty much everyone else on the planet, shit went crazy when Covid arrived.

On the supply side, manufacturing and freight became a friggin’ nightmare – and yep, even though it gets some people hot and bothered – we get most of our stuff made offshore.

Don’t come at me, it’s just how the world works.

I looked at Aussie manufacturers and it was never going to work. The consistency, quantity and style was going to be a problem – and the material has to come in from overseas anyway 🤷‍♀️

But it did get me thinking…

It would be cool to do something on a smaller, hand-made, Australian made scale… But what?

It wasn’t until my pony was dying* and I started looking into horse hair keepsake jewellery, I noticed something. All the styles were quite delicate and dainty – which is not really something I’d wear on the daily.

Hmmm good… There was a flicker of opportunity.

But fast forward to a few months later, when me and the lady I work with were facing sudden unemployment… We brainstormed and went to the pub (a few too many times) trying to come up with some way we could pay the bills.

After a medicinal chardy or two, knowing she had a background in jewellery design – I floated the idea of making horse hair jewellery… but making it funky, and chunky and colourful and with leathers, hides and cool textures.

And just like that first leap of faith, all those years ago, she said “F&ck it… How hard can it be to give it a whirl”

And here we are.

She’s designed a range of really rad horse hair jewellery to complement this weird little brand. We love you love it as much as we do 👌

There are in-stock options (with hair provided by my squadron of paddock ornaments) and also the option to provide your own horse’s hair into a set range of styles.

*P.S. The pony lived and I can’t even tell you the number of skull shirts I’d need to sell to pay for his ridiculously expensive existence… No regrets though 🙏