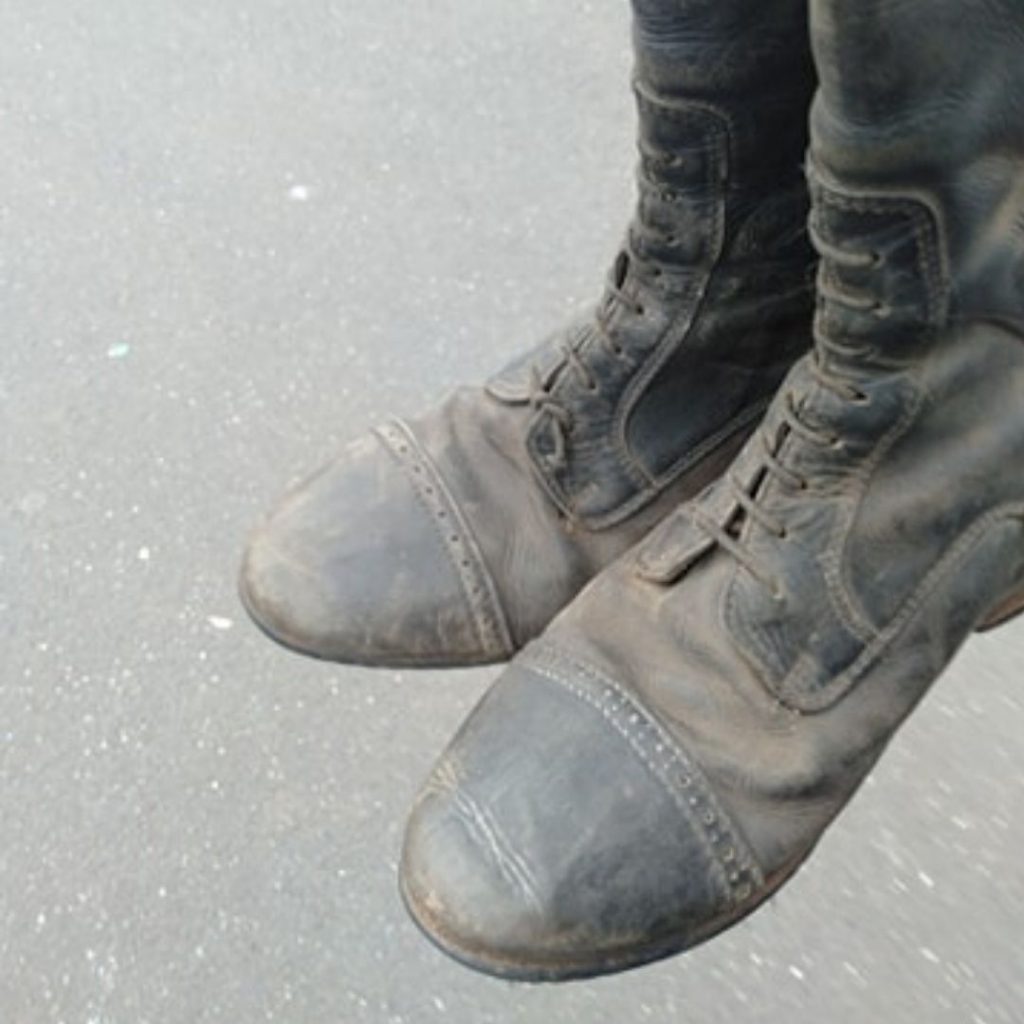 Confession: The boot of my car is where thing go to die?‍♀️

That’s exactly what happened to a pair of tall boots I picked up at a Clearing Sale. Their fate was sealed when the ‘shoe fixing’ man that cuts keys told me they were ‘too far gone’.

I wasn’t really surprised… They looked like roadkill. The zips were shagged and the soles were absurdly chonky in some parts and bald in others.

They went straight in the back of the car to wait out their fate…Just ticking down the time til my next Marie Kondo moment where they’d get dumped in the bin with hoity-toity satisfaction.

THEN I saw this post from a non-horsey friend who lives 2 states away.

I took a photo of the boots, asked for a quote and suggested I could post them up, along with a return address parcel ?‍♀️

Cue some hilarious FB conversations (with people I’ll probably never meet) about how the boots could go for some sight-seeing while visiting the Sunshine State.

A few days later I got a message saying the boots were ready, but sadly, due to lockdown, they couldn’t go to the beach ?

What was the cost?

All up the repairs came to $180 which included:

?Lovely new grippy soles in a pebbly grain – which means no walking on the spot in slippery grass ?

?Clean & conditioning (BOOM! That was a bonus ?)

Now I’ve got a pair of butter-soft boots that will last for years… with the added bonus of dealing with a small business with a sparkling sense of humour (scroll down to see them in all their glorious glory) ?

If you’ve got some boots that are in need of some love, then contact these guys for a quote. After all yours cant possibly be as bad as the ‘roadkill’ boots…. or could they?

I could not be more thrilled with my boots – they’re soft around my calf, supportive on my ankle and have full grippy on the sole… not to mention they look abso-freakin-lutely GORGEOUS! Somehow they managed to make the calf zipper strong enough to encase the beasts but easy to zip up… Bloody Genius!

In all honesty, I’m not friends with Halllujah Shoe people – I don’t know them from a bar of soap, but gee I’m impressed with their service! If you have a pair of tired ol boots – please think about sending them here. (Ask for Emma)